Congratulations to Savely Zakharenko on being named a semifinalist in The
National Beta Club Scholarship Program!  Savely is a senior at Germantown
High School and is a member of the academically rigorous International
Baccalaureate Program at GHS.  He has also been named a National Merit
Finalist and an AP Scholar with Distinction as well as an Academic All Star
by the Commercial Appeal.  Savely was selected to attend the Tennessee
Governor¹s School for International Studies and was a participant in the
2012 Student Congress in Public Education.  Savely is President of Model
United Nations Club and President of the Science National Honor Society as
well as being the President and co-founder of the Chess Club.  In college,
Savely plans to major in either chemical engineering or international
studies.  He has been admitted to Georgetown University¹s School of Foreign
Service, University of Southern California, Washington University, and
Rhodes to date. Savely¹s parents are Dr. and Mrs. Stanislav Zakharenko. 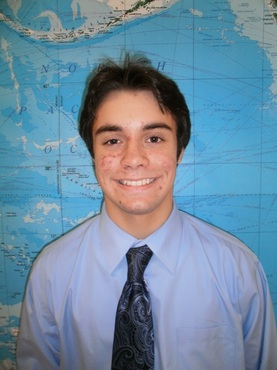